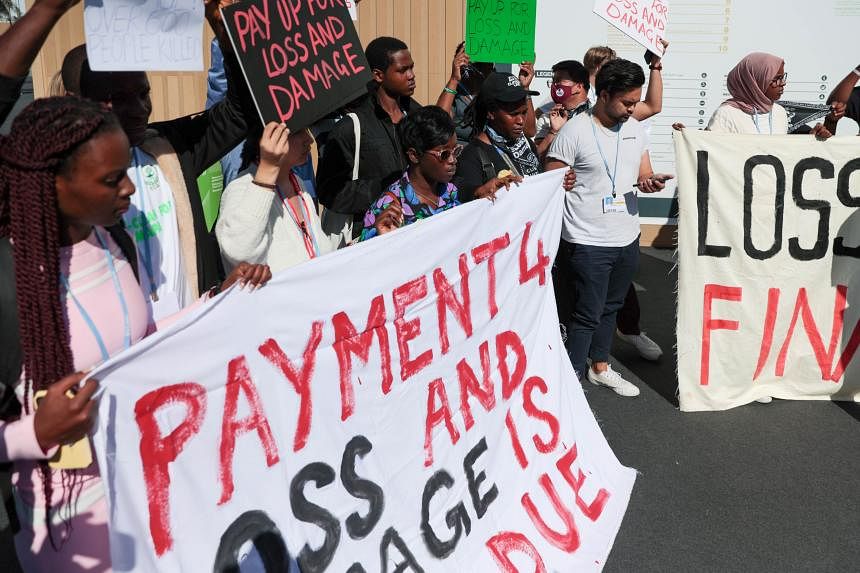 SHARM EL-SHEIKH, Egypt – Living at a time when the climate crisis is about to get worse, young people attending the COP27 climate summit in Egypt are demanding compensation for loss and damage to address the irreversible impact of climate change.

Holding protests at the conference venue, several youth organizations demanded that countries set up a finance facility to provide new, additional and accessible finance to address and limit the irreversible effects of climate change.

The Loss and Damage Youth Coalition, Youngo (the youth group of the United Nations Framework Convention on Climate Change) and the UK Youth Climate Coalition have also called for the creation of a Youth Advisory Committee on Loss and Damage. damages so that young people can be more meaningfully included in the decision-making process.

Ms. Hyacinthe Niyitegeka, 28, co-founder of the Loss and Damage Youth Coalition, said while she is pleased that loss and damage has been officially added to the COP agenda this year, it is not is just the beginning of a long battle to get the countries largely responsible for the climate crisis to pay and compensate the developing countries affected by the crisis.

So far, countries like Austria, New Zealand and Denmark have pledged to fund loss and damage.

The Loss and Damage Youth Coalition was founded in 2020 to bring together young people from developing countries in the Global South to raise awareness of the scale and extent of the damage that has intensified due to the climate crisis.

“There are many people who are unaware of these losses and damages, including young people,” said Ms. Niyitegeka, a water specialist in Rwanda.

“With this initiative, we want to be able to fight for ourselves, fight for our future and, at the same time, raise the profile of youth voices on the world stage to pressure world leaders to deliver on their promises. .”

Student Xuan Zihan, 22, a Singaporean Youngo representative, said: “Young people are not just victims who are disproportionately affected by worsening climate impacts, but are also active agents of change and incubators of ideas and innovative solutions”.