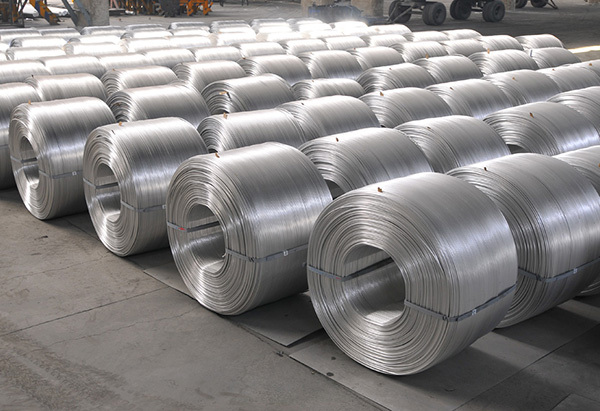 Egyptalum results set to benefit from fallout from war in Ukraine

The company would benefit directly from the rise in the price of the US dollar, coinciding with the state’s tendency to support the industrial sector, as well as the effects of the Russian-Ukrainian war on the increase in demand for aluminum is in the interest of the company as a whole.

An official source within the company confirmed that the Russian-Ukrainian war has a positive impact on the company’s business, which is still ongoing, and has increased the demand for Egyptian crude locally and globally.

The source added to Daily News Egypt that the company has sufficient strategic stock of crude alumina for a period of more than 8 months, pointing out that the company is insuring its stock as a precautionary measure that it adopts, pointing out that it works to directly benefit from the export opportunities available globally by increasing production capacity is currently after the development process led by the company, especially since export accounts for about 50% of revenue.

Egyptalum is currently raising the necessary funds to increase the company’s productivity to 320,000 tons per year through a development process of 300 million dollars.

Eman Marei, financial analyst at the Arab African Company for Securities, expected Egyptalum to perform strongly thanks to the current supply shortage in light of the conflict between Russia and Ukraine and the measures of the European countries aiming to reduce imports from Russia.

She added that the company benefits greatly from the rise in the price of the dollar against the pound, since exports represent around 50% of the company’s revenue, which coincides with a low possibility of increasing prices. of electricity in terms of costs, given the Egyptian government’s decision to promise increased support to the industrial sector in the coming period.

The research set a target price for the company’s stock at EGP 24.2 per share, compared to the close at the end of Monday’s session at EGP 20.44 per share.

The company recorded a net profit of EGP 2.4 billion during the period July 2021 to June 2022, compared to profits of EGP 28.27 million in the comparable fiscal year.

The company’s revenue increased in the last fiscal year to EGP 14.48 billion from EGP 11.36 billion in the previous fiscal year.

The company attributed the jump in profits over the past fiscal year to the development of a flexible strategy to deal with local and export market metal prices, as well as main and ancillary raw material prices.