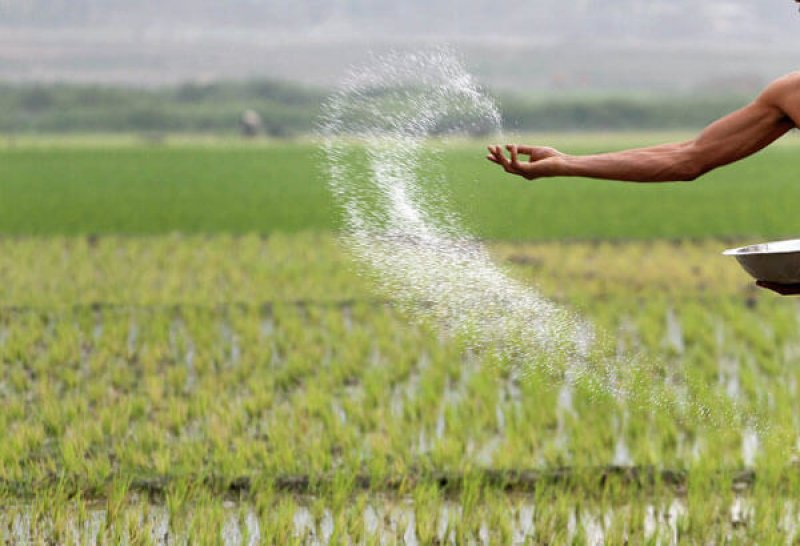 Government at odds with fertilizer industry

The Pakistani government has once again found itself at odds with the fertilizer industry over the lack of action it has taken in the federal budget to settle the ongoing subsidy payments and address the issue of imbalance in the sales tax.

A meeting between top fertilizer executives and Finance Minister Miftah Ismail failed to find a clear path to address the longstanding issue of the subsidy and outstanding sales tax.

The main issues discussed at the meeting were the difference between the inbound and outbound sales tax, the price of feed gas and the smuggling of urea which kept prices stagnant.

The government currently owes the industry almost Rs 80 billion in refunds, with subsidies receivable for 2016-18 amounting to Rs 19.2 billion remaining to be paid, while sales tax worth Rs. Rs 60 billion also remains unpaid and rising – according to senior sources in the fertilizer industry.

The fertilizer industry faces a key problem due to the disparity between input sales tax and input sales tax. They currently pay more sales tax on inputs than sales tax on outputs, an issue they have discussed with the government before, including after last year’s budget.

To understand this, a brief review of how taxation works is necessary. Generally, any product goes through two phases of taxation – sales tax on inputs and sales tax on outputs.

Input sales tax is the tax that any manufacturer pays on imports or any other input and is usually paid directly to the government. Outbound sales tax is what you would charge customers when selling your final product – and it’s also how manufacturers recoup some of their tax originally paid.

Normally this would mean that the inbound tax, in this case Rs 15, will be subtracted from the outbound tax, in this case Rs 30, and the final tax to be paid will be Rs 15. However, as explained by an executive superior of a fertilizer company to Profit, in the case of the fertilizer industry, the tax on downstream sales is 2% while the tax on input sales is maintained at 5-17%.

Because of this, the fertilizer industry ends up paying more taxes to the government than it collects, and the government is then supposed to pay it back. Currently, this mismatch leads to a GST refund of PKR 62-175 per bag. However, due to the current fiscal account situation, the government is delaying returning this money, causing a cash flow headache for the industry.

Sources said the government, to stop further industry hemorrhage on the sales tax front, could waive sales tax on urea. This would mean that no sales tax on outputs or sales tax on inputs would be part of the cost. This will lead to increased costs and resulting price per bag of urea in the range of PKR 62-175 depending on each industry player’s situation.

Another problem facing the industry is inconsistent gas supply. One of the objectives here may be to bring the price of feed gas for urea manufacturers in line with the price of industrial gas, which will lead to a further increase in urea prices.

Currently, Engro Fertilizers has stated that it is the only company to receive gas under the 2012 Petroleum Policy. This means that it receives gas at the highest rate of USD 5.3622 (PKR 1,100 + ) per mmBTU. RLNG-based players also shared that the high power price of 830 PKR per mmBTU also has a significant impact on their profitability.

Industry leaders have asserted that if additional and consistent gas is supplied, the industry could even export excess urea production capacity over domestic demand. However, this ambition is also undermined by the problem of smuggling.

The industry claims that despite manufacturers reducing urea prices, urea prices have remained the same mainly due to urea smuggling due to heavy subsidies. Progress has been made on this front, with government and fertilizer officials agreeing that they would work together to come up with a voucher-based mechanism whereby urea prices would be increased based on the cost of gas, and specific direct subsidies for small farmers. can be provided through a voucher system to ensure that the subsidy to domestic farmers stays in the country.