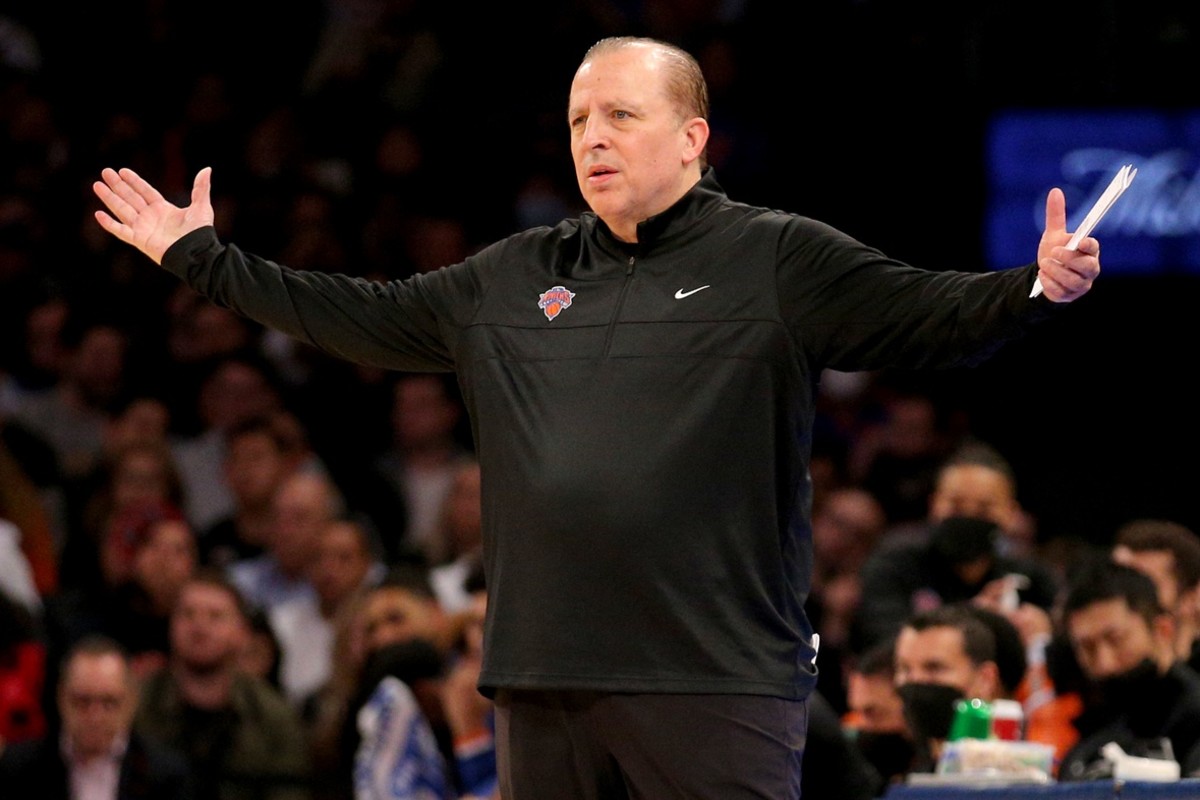 The New York Knicks lost at home to the Brooklyn Nets 110-107 at Madison Square Garden in Manhattan on Sunday afternoon.

After the game, head coach Tom Thibodeau spoke to reporters and a snippet of what he said can be seen in the tweet embedded below from SNY’s Knicks Videos Twitter account.

The full clip of Thibodeau speaking after the loss can be viewed here.

The Knicks are down to 28-40 this season, making them the 12th seed in the Eastern Conference.

After winning three games in a row, they have now lost their last two games and are only 3-7 in their last ten games overall.

They are running out of time to nab the Atlanta Hawks for the tenth seed, which is the last spot in the qualifying tournament.