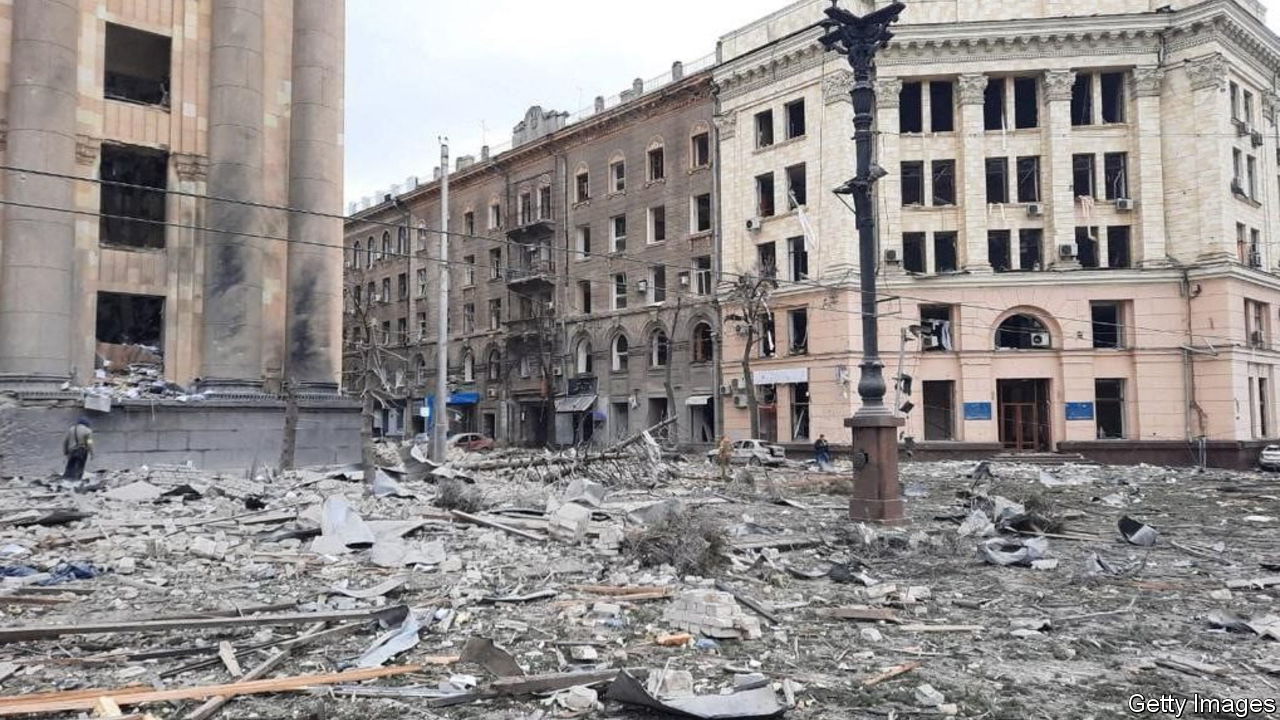 How will the loss of so many refugees change Ukraine?

A WIDE EVACUATION of Ukraine is underway, with Russian guns shelling fleeing civilians. The United Nations High Commissioner for Refugees, Filippo Grandi, said Ukraine is the fastest growing refugee crisis in 40 years: 2.3 million people have fled to neighboring countries between on February 24 and March 9, 1.4 million to Poland alone. That’s more than double the number of Rohingya Muslims forced out of Myanmar in 2017 (see chart). The UNHCR says the number could reach 4 million, which would equate to the second largest group of contemporary refugees, those from Venezuela. The European Union is even more pessimistic, saying 5-7 million could flee, which would be the same as the record number of people fleeing bloodshed in Syria. Vitali Klitschko, the mayor of Kyiv, said on March 10 that half of the capital’s population had left. Given the pace of displacement, Europe is facing its biggest refugee crisis since World War II.

All refugees are suffering. Women and girls tend to suffer more than men, according to UNHCR. It says women make up half of most refugee flows. But in Ukraine they are the vast majority. Men between the ages of 18 and 60 are subject to conscription and prohibited from leaving the country. Older people tend to be reluctant to undertake long, dangerous journeys. The exodus of women and children is changing Ukraine, and unless the war ends soon, it could change it profoundly and permanently.

Ukraine is a country of 44 million people (this is the UN estimate for 2020; it includes Crimea, annexed by Russia in 2014). Women represent 54% of the total, since Ukrainian men die ten years earlier than women. If you cut the cake by age groups, those under 15 represent 16%. The total of all children and women between the ages of 15 and 54 represents about 45% of the population, or just under 20 million people. Thus, up to one in ten women and children could have left the country in two weeks.

It is plausible to think that most of the refugees come from areas that the Russians are bombarding. The population of the seven oblasts, or regions, which Russia has captured or where its forces have advanced is 11.2 million. (This group excludes the breakaway oblasts of Donetsk and Luhansk where population figures are questionable and people who wanted to flee Russian invaders probably did so years ago.) Assuming women aged 15-54 years and children under the age of 15 represent roughly the same share of these seven oblasts as they do of the general population of Ukraine, there are believed to be around 5 million in the conflict zone. If the 2 million refugees were all from this group, this means that 40% of the women and children in the region would have left. This may be too large a share, since some refugees will have come from elsewhere and others are men. But 2 million also underestimates the true number of refugees since the figure does not include internally displaced people who have not reached Ukraine’s borders. They could number in the millions, with around 300,000 in Mariupol alone. It therefore seems likely that if the war spreads, a very large proportion of Ukrainian women and children will leave their homes in search of safety. It could go up to a fifth.

War disrupts everything in a country, including its demography. Families are broken up, birth rates are falling. Hopefully peace is restored, families are reunited and births are on the rise again. If the war ends soon, it could happen in Ukraine. But the country is atypical. Even more than in other post-Soviet states, people had fewer children, long before the Russian invasion. Ukraine had the lowest fertility rate in Europe in 2021, with women likely to have an average of just 1.2 children in their lifetime, according to Iryna Kurylo of the Ptukha Institute of Demography in Kyiv. . The EU average is 1.5. The country’s population was shrinking before the invasion, and the burden of aging on young workers is increasing. The exodus that is dividing so many families will therefore be added to an already disrupted fertility. If the war continues, Ukraine’s demographic decline could accelerate to an extraordinary degree. In the future, the country may have too few workers to run factories, offices and public services, permanently depressing the economy and bringing in too few young adults to care for retirees. This would affect not only the Ukrainians of today, but their children and grandchildren.