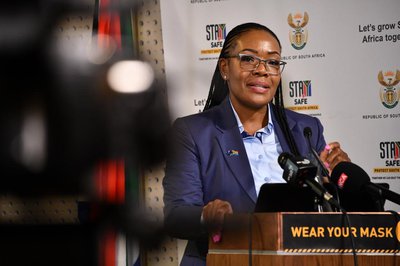 “Compliance remains a challenge for most municipalities, the picture is concerning. Over the past five years, local government has slipped in terms of service delivery and financial health.”

She told MPs the Free State and North West provinces had no audit of their own and had regressed due to what she believes was a lack of political will.

“This sphere has steadily backed down in the face of inaction and administrative leaders. Delay or non-submission has become a norm in the province with a number of municipalities, this is seen in the collapse of delivery of services in certain municipalities.”

The Eastern Cape has four clean audits and has also regressed, with two metros having qualified audit opinions with four disclaimers.

Gauteng has two clean audits of Ekurhuleni and Midvaal, while the majority of the province’s audits are in the unqualified area.

Mpumalanga and KwaZulu-Natal have also declined over the past five years.

Maluluke said Limpopo had improved its viewership “thanks to the political will of the Prime Minister”.

The Northern Cape has only improved in district municipalities and the Western Cape continues to have a high number of clean audits.