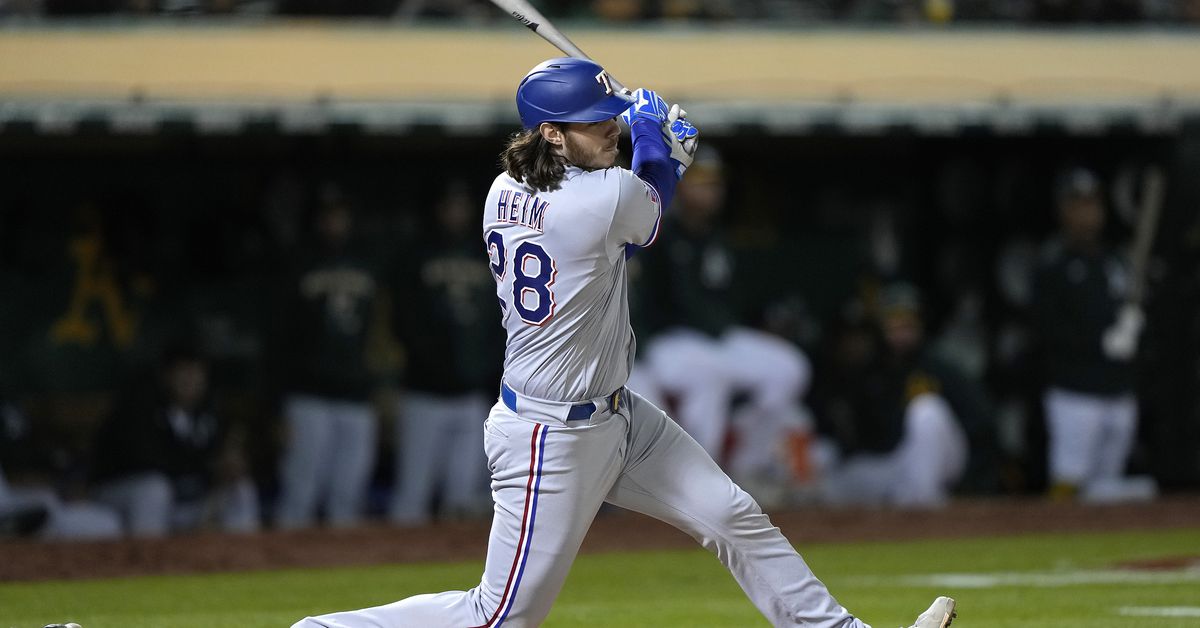 The Oakland A game on Friday night aired exclusively on the AppleTV+ streaming service. It was free to watch, but you had to create an account, and I’m tired of being intimidated into giving my information to another company. It would have been easy and free to sign up, but I chose not to.

I don’t like MLB’s strategy of keeping games captive to promote their potential sponsorship partners, which is an insult to fans who have already provided more than our fair share of patience lately. I already subscribe to YouTubeTV for no other reason than to access live sports, and I also have an MLB.tv account, please don’t make me run any further.

And so I didn’t watch this game, opting instead to use my expensive YouTubeTV service to space out with a few replays. At least I didn’t miss much, as the Hot A’s finally had a cool night in a quiet 8-1 loss to the Texas Rangers. On the bright side, Mulder and Scully got the villain at the end of both episodes, which doesn’t always happen (it’s Fox and Dana, not Mark and Vin).

While my attitude may be cynical, it’s certainly not unique, as it seems to extend to the stadium ticket office. Reported attendance at the Colosseum was just 7,012 on a Friday night, and it’s the second…upper total over five dates so far on this homestand. It’s a shame, because the team got off to a great start and they were great fun to watch.

Unfortunately, tonight’s game was a bit off, which happens to all baseball teams from time to time. Their No. 5 rookie starter was rocked, their usually productive lineup was limited to just two hits, and most of their hard contacts found gloves. They fell behind early and never made a move to get back.

The big blow fell in the 2nd round. Rangers go wild on starter Adam Oller, breaking a pair of home runs, then building another long rally for a total of five runs. A few old A’s contributed, like Jonas Heim doubled and Marcus Semien drove him with a bag fly.

Otherwise, Oller sailed. He went through five innings, and other than that outburst in the 2nd, he only allowed one other baserunner all night. The damage was already done, but his ability to settle down and stick around for a few more frames kept it from getting worse.

Oakland was always on hand if they could muster anything on the plate, but it wasn’t meant to be. Five of their six toughest contact items went for loud pops, including a 112mph lineout that had a 93% chance of landing.

They finally scratched a point in 4th. Sean Murphy hit a double, and Seth Brown followed with a brace to bring Murphy home. These are the only two hits of the evening.

Out of the bullpen, left-handed Sam Selman did everything it could to buy programming time for a comeback. He recorded eight outs, including five by strikeout, carrying the Staff into the 8th inning and preventing the Rangers from extending their lead. However, the rest of the relievers didn’t find the same success at 9th, and Texas added three runs to put it away.

Beyond that, the most interesting thing about this loss is how unusual it was. The Oakland rebuilding club have gotten off to a much better than expected start over the past two weeks, and this is arguably the first time it looks like they’ve never really been in on it. It’s impressive for a team that was a fashionable choice to finish in last place, serving as a bad day that makes us realize how good every other day has been.

Tomorrow is another day. The A’s will be back in action, and it will be shown on TV. They will be hungry to bounce back from tonight’s deflating loss, and their winning record gives reason for optimism. I want to believe.

The city receives a clean audit in its annual report