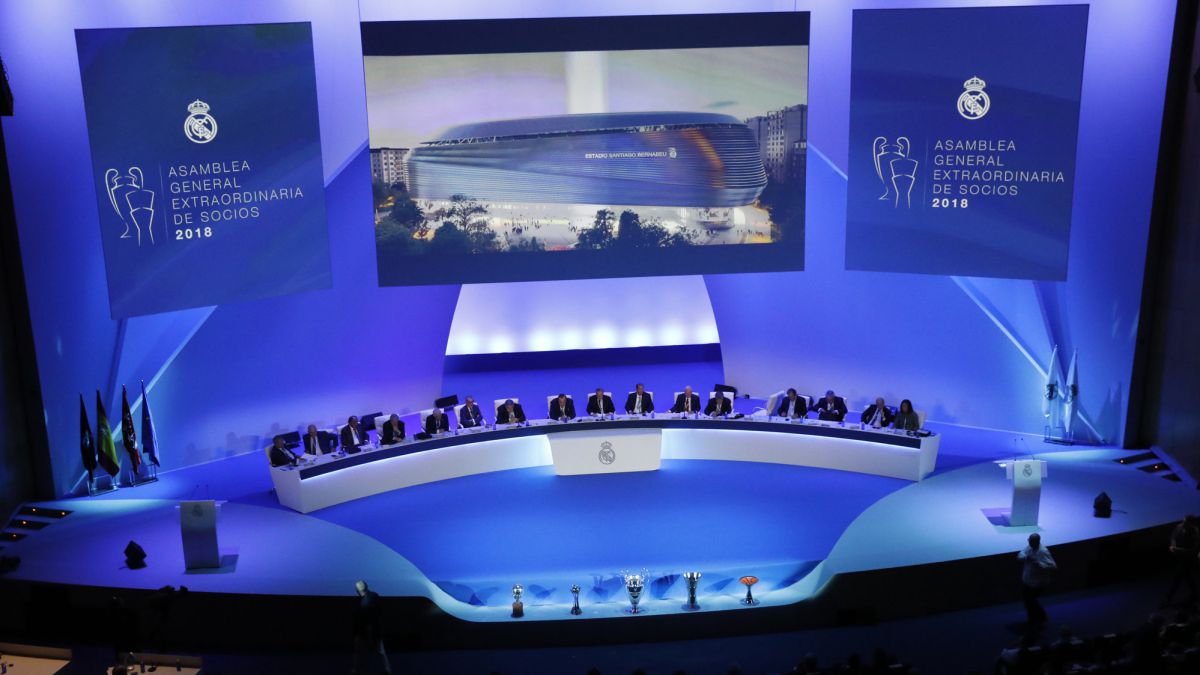 Today Real Madrid are holding their Ordinary General Assembly which will be followed by an Extraordinary Assembly in which the Board of Directors will ask club members to authorize the increase in credit for the renovation of the Santiago BernabÃ©u stadium. The 1,955 voting members can do so online or in person at the basketball arena at the club’s training complex in Valdebebas.

President Florentino Perez will give a report detailing the club’s finances as the first order of business. This will be the first time the president has informed members of the club’s accounts since his re-election (until 2025) in April.

The economic questions which will be dealt with in the Assembly will focus on points 2 and 3. The deputies will vote to â€œexamine and approve, if necessary, the budget regulation, the Annual Report, the balance sheet and the profit and loss account relating to the 2020/2021 financial year which was approved by the Board of Directors on July 14. For the second year in a row, Madrid has managed to overcome the financial impact of the pandemic. Compared to the general panorama of losses suffered by European clubs (up to 8.7 billion euros, according to UEFA’s estimate), Madrid closed the financial year in the dark, with a budget surplus of 874,000 euros, in a season when income has increased. to 653 million euros. The board will explain where the club has managed to save money to keep the club in good economic health and present a budget of â‚¬ 695million for the 2021-22 season. The fourth point concerns the new membership fees proposed for 2022-2023, before members have the opportunity to ask their questions.

Additional costs to remodel the BernabÃ©u

Later on Saturday, during the Extraordinary Assembly, the main point of the day will concern the BernabÃ©u modernization work. The club will ask members to authorize the board of directors to increase the debt to finance the renovation work by 200 million euros. The additional costs are intended for parts of the project that were not previously considered.

Last year, Real Madrid’s income fell 8% compared to the previous year (the club achieved â‚¬ 714.9 million in turnover in 2019-20). Madrid are one of the few European clubs not to have suffered losses in the past two years, calculating that they have lost around â‚¬ 300million due to the pandemic.

Savings since the start of the pandemic have amounted to 295 million euros – 58 million came from the reduction in the wage bill of the football and basketball sections as well as the salaries of all high-level executives, 62 million were saved by reducing operating costs and 175 million by selling players.

The Treasury balance at June 30 amounted to â‚¬ 122.1 million, Real Madrid net worth has been calculated at â‚¬ 533.7million and net debt at 46.6 million. The amount intended for the renovation of the stadium increased by 279.2 million euros, or 48.6% of the total, 575 million euros payable over 30 years.