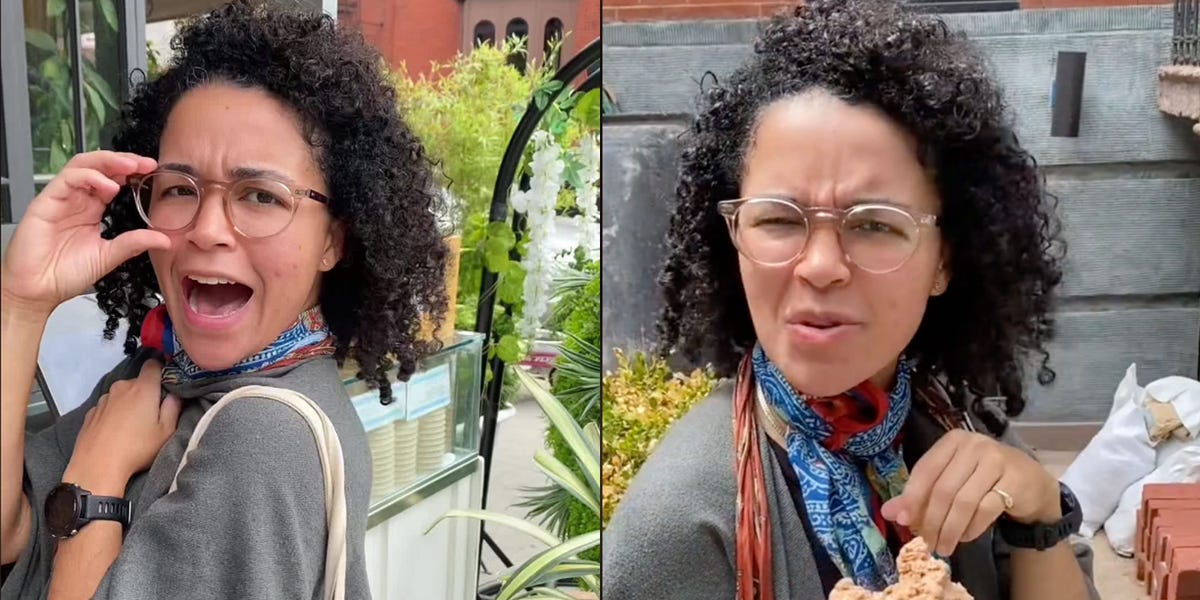 TikTokers use the platform to call out nonprofits for low pay and exploitation.

“Do you ever want to take on more of a leadership role – flex your skills?” said @nicoleolived in a August 22 Parody of a nonprofit boss buying an ice cream cone for his employee. “We don’t have it in the budget to pay you for it, but I’m just thinking about the kind of opportunity.”

“A long time ago, I made the decision to stay in associations because I wanted to know that my work counted”, she continued in the video viewed nearly 700,000 times. “And I see that with you…you have that sense of soul, of heart that comes with this job.”

Commentators were quick to joke about nonprofits’ pay gaps and unpaid leadership opportunities labeled as “professional development.” Nonprofits, one said, expand “your position, but never your salary.”

“Cute forced ice cream work meeting as the boss returns to their $1.5 million brownstone,” one user wrote. “I need a Jordan Peele movie about non-profit exploitation,” another commented.

The hashtag #nonprofitindustrialcomplex, depicting the relationship between industry and activism which some workers say is harmful to activism, has been viewed more than 4 million times. Some nonprofit workers have used the hashtag to criticize social work agencies for hiring volunteer or part-time employees and expect them to work as much as full-time hires. Other nonprofit workers have used the hashtag to share some of the anti-union sentiments they have heard while working in nonprofits.

“We love unions. Unions are such an important, vital and deeply relevant part of our community,” @nicoleolived said in a parody of trying to start a union in a non-profit organization“But, I don’t know if they fit here.”

“A lot of people who work for nonprofits are well-meaning people — people who want to help the community, people who are selfless,” said @pseudo.nefa TikToker who identified himself as a Hispanic community health worker in a May 11 video warning others against pursuing nonprofit activities. “…But, everyone who works for a non-profit eventually becomes me – cynical as f—.”

“The idea that people who do good work should be paid less because of the warm, fuzzy feelings they get from their work needs to go”

Pay equity continues to be a major concern in the nonprofit sector. Nonprofit workers earn an average of $51,171 in the United States, according to ZipRecruiter.

Jamyle Cannon, the founder of the non-profit organization The Bloc of Chicago, has called the industry “trash“, said Cannon in a February 28 TikTok that fair compensation can make nonprofit organizations more effective. “The idea that people who do a good job should get paid less because of the warm fuzzy feelings they get from their work needs to go. My son can’t eat warm fuzzy feelings. It doesn’t part of a compensation package.”

“Working in the nonprofit field shouldn’t be a vow of poverty,” he continued. “If we’re going to solve today’s tough problems, we need to attract and retain talent. And to do that, it’s important to make sure they’re paid fairly.”

The discussion of pay and salary transparency continues to be a popular topic on TikTok, with hashtags such as #salarytransparency amassing 287.2 million views. The app, home to millions of Gen Z users stuck between fulfilling values-driven roles and positions that pay enough to keep up with rising costshas become a hotspot for accounts such as @salarytransparentstreet (847K followers) which asks the question “how much do you earn?” to passers-by.

If you have any tips or stories about how the internet is impacting our lives, email [email protected]