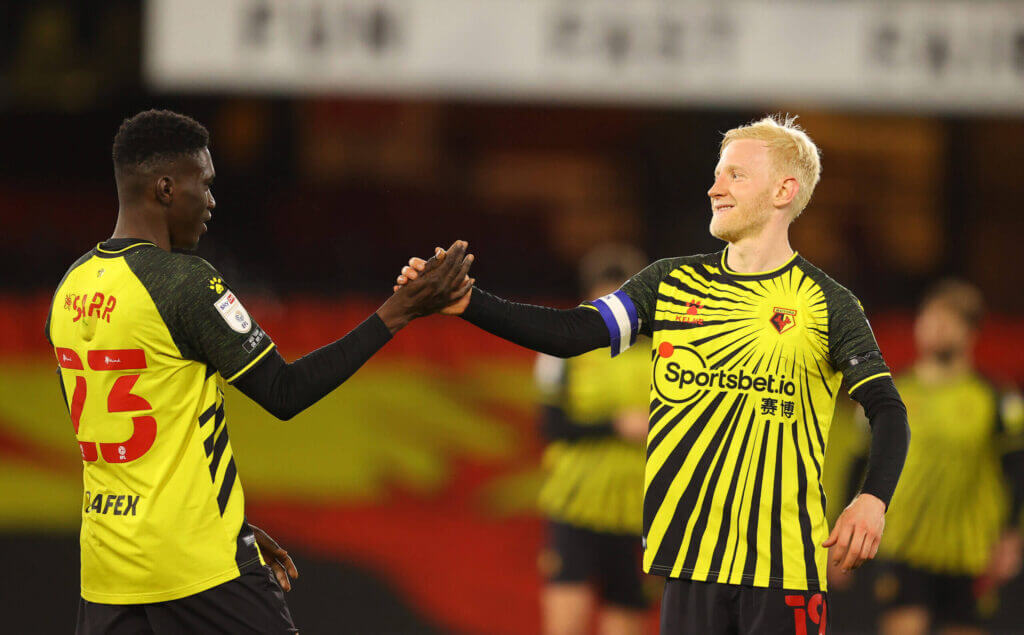 Pinch, knock, the first of the month and the release of Watford’s financial figures through June 2020, which means the first glimpse of this sad combination of relegation and COVID-19 on the club’s accounts.

The main figures are that the club recorded a pre-tax loss of Â£ 35.6million, compared to a profit of Â£ 9.8million the previous year. This places them seventh in the Premier League of the 18 teams to have published their accounts (Newcastle and Crystal Palace are yet to come).

“The global Covid-19 pandemic has negatively affected the finances of this football club just as badly as any other, as these accounts prove,” said Scott Duxbury, Chairman and CEO of Watford. â€œOn the back of such a defeat, made worse by relegation, it would have been easy for the club to take a different path. Yet instead all employees kept their jobs, there is no There has been a clearance sale of talented players and the property’s massive investment and commitment have ensured that the year since these accounts has been extremely successful, despite the continuing challenges.

If you dig deeper into the numbers, you’ll find some interesting information regarding player salaries, transfer fees, increased debt, and dispute resolution.

Let’s break it down.

For the first time a section of the accounts has been devoted to the impact of COVID-19, but with the pandemic hitting Premier League football from March 2020, these figures only take into account three months of disruption. The club valued the loss during this period at Â£ 9.9million due to a matchday drop (Â£ 2.4million against two home games against Leicester and Southampton), advertising (Â£ 280,000) and more specifically broadcast income (Â£ 7.2 million discount). It is money that will not come back in any form and has simply been written off due to an unprecedented turn of events.

What is slightly surprising is that Watford makes no reference to the latter part of the project’s reboot which ended in July 2020, meaning that 15% of TV revenue will be carried over to future accounts.

Some clubs, such as Sheffield United, Crystal Palace, Burnley and Norwich, have postponed their year-end to July 31 to include all income and costs for the 2019-20 season, giving a more accurate reflection of the season.

However, it also means that the results of these clubs look healthier than the others.

The club report that they made a profit of Â£ 18.1million from starting players, which was lower than the previous year (Â£ 22.3million) having received payments for Dodi Lukebakio (Hertha Berlin), Dimitri Foulquier (Granada, initial loan with option to buy) and Obbi Oulare (Standard LiÃ¨ge).

However, they also note that Â£ 51million has been received for more players since the end of June. It was not a clearance sale, as Duxbury points out, but the departures of Abdoulaye Doucoure (Everton, Â£ 20million), Pervis Estupinan (Villarreal, Â£ 15million) and Luis Suarez (Granada, 10 million pounds sterling) are the direct result of relegation to the Championship.

On top of that, an additional Â£ 1.45million was received from loaned players including Craig Dawson who eventually joined West Ham on a permanent deal. He had joined at the start of the season for Â£ 5.5million with Danny Welbeck (free) and Ismaila Sarr (Â£ 30million), in a year when payrolls rose from 83.6million pounds to 96.2 million pounds (15 per cent). Only the three promoted teams (Sheffield United, Norwich and Aston Villa) and Burnley (16%) increased their payrolls by a larger percentage.

There is an additional Â£ 29.2million owned by other clubs for transfer additions.

Figures have confirmed that Ignacio Pussetto’s move from Udinese to Watford cost the club Â£ 7.2million. He’s now back where he started, on loan for another season. The well-trodden back and forth between the sister clubs continues.

Overall debt rose from Â£ 103.5million to Â£ 111.1million during the year, with owner Gino Pozzo owed (through parent company Hornets Investment Limited) Â£ 75.8million sterling. All in all, the club have had to pay Â£ 21million over the past 12 months with an additional Â£ 70million to be paid from now on, leading to the refinancing of various loan deals.

The main debt is to the parent company, but there is also a bank overdraft of Â£ 15million (compared to Â£ 1million) and Â£ 10million to Santander. They consolidated loans of Â£ 55million and Â£ 25million from Hornet Investment Limited into a new loan of Â£ 70million. The new loan is at 5.35% plus LIBOR, London’s base interbank rate, much better than the 9% that Burnley and Southampton are paying.

There was a bonus included in this Â£ 4.5million set of accounts which resulted from Everton compensating Watford for his approach and subsequent employment of Marco Silva – who is now able to take over in Fulham.

Speaking of management changes, there is also Â£ 6.7million of ‘termination costs’ included in the accounts. It is likely only for the sackings of Javi Gracia and Quique Sanchez Flores (and their staff) as Nigel Pearson only had a short-term contract and that came after the end of the year.

The accounts also give a window into who wins what, other than the players.

The other two interesting figures are that Watford claimed a Â£ 4million tax credit on past losses (which is not unusual).

There was also a revaluation of its land and freehold buildings and there was a sharp increase of Â£ 62.1million in the profit and loss account. The value of their land and buildings is now Â£ 92million, which seems reasonable for a club on the outskirts of London that has its own stadium and training ground. There is also a commitment to continue to improve infrastructure.

Bouncing back on the first Premier League attempt was a huge financial bonus that will help cushion the blow, but it was interesting to point out that Watford’s turnover was the 17th best in the league (compared to 10th best in the year previous) which put them just below Southampton and above Norwich, with Aston Villa and Bournemouth bringing up the rear.

It is a reminder that Watford is hitting over their weight when they are in the Premier League.

The relegation acted as a reality check. Careful financial planning has been put in place for the future. They won’t find themselves in a situation where players first receive high salaries for long periods of time and then without 50 percent relegation clauses.

Transfer fees, as in the post-pandemic world outside of big clubs, will come down to more modest numbers and being smart in the market will be crucial.

Outside investment will always be an option and now that football and Premier League fans are back the whole thing looks a lot rosier.

Subscribe to The Athletic for detailed, ad-free coverage of your favorite players, teams, leagues and clubs. Try a week on us.